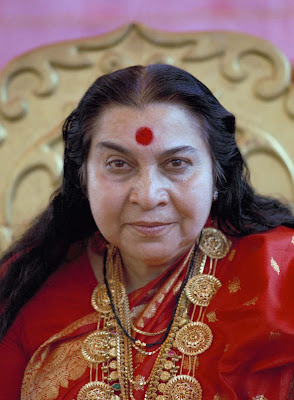 Some Advice given by H.H.Shri Mataji Nirmala Devi:

For cancer best treatment is of water, ie. putting feet in the river, sea or in the water at home with the photograph. Water has the dharma of cleansing and hence Shri Vishnu and Dattatraya responsible for the dharma of human beings are to be worshipped. They help you to cure also the local deity of the chakra that is attacked. Put the patient before the photograph with the candle and his feet in the water, bring down your hands across the sympathetic nervous system towards the water. The patient will cool down gradually. If he gets realization, then he is cured.
(undated letter [1970s] to Dr.Raul in Nirmala Yoga no.8)

You will be surprised, all those patients of deadly diseases, like cancer, etc, whom I have cured, all of them without exception were the victims of fake gurus and tantrikas. I have not seen any cancer patient who was not connected with a false guru. That’s why it is said that doctors cannot cure cancer.
(lecture in Hindi, Delhi, 18/8/79, English translation in Nirmala Yoga no.17)

You can’t hear the Vani in your stomach, but say you get some troubles, specially Cancer or any such diseases, you get a problem. Then it starts showing. There’s a problem. That causes spandan, throbbing, is vibrations that you get, is the effect of that Paravani, which shows you that there is some trouble. That trouble you can see, then it starts throbbing.
(Talk on 8th Day (Ashtmi) of Navaratri 1988)

There are two sides of life, left side and right side, when they meet (when one side is overactive), you get the ‘psychosomatic diseases’. If the Kundalini rises what happens is that it nourishes those centres. But suppose you are using right side too much, left side breaks up. Then what happens is that your connection with the main is lost. You are on your own and Cancer starts. Can be cured not at a galloping stage but at an early stage. We have also tried some galloping stage patients.
(Talk to doctors in New Delhi, 6/4/1997. Transcript in New Delhi Medicos 13(4-5):32-34)

The spleen produces red blood corpuscles for all emergencies. Modern life is always an emergency. Constant shocks to the spleen make it crazy and vulnerable to cancer. At such a moment of vulnerability if something triggers from the left side then blood cancer accrues.
(Address to Medical Conference, Moscow, June 1990)

The sense of chastity in the Indian women is so great that nothing can deter them as long as they are chaste. But if they are not chaste, then fear settles in them 'very' fast. Chastity is the strength of women. And that is why, those women who have fear, mostly, have a problem of their chastity being challenged. A woman who is frightened that her chastity may be disturbed, also can develop a problem with the heart chakra. Such women can develop breast cancer, breathing troubles, and other kind of frightening diseases on the emotional level also.
(Talk on the Heart Chakra, Delhi, 1/2/83)

If you smoke too much then this Vishnumaya gets very angry. She, she is the one who then causes cancer. She can spoil you throat. I mean all kinds of ear, nose, throat problems can come in with the smoking because she doesn’t like that smoke. ... With that if you smoke, smoking, you can become also very much vulnerable to cancer of the throat.
(Shri Vishnumaya Puja, New York, 19/7/92)

Another thing which people do not know is the mantras. ... Now she [Shri Vishnumaya] is the Mantrika, she is the one who gives the power to the mantra. Now if you are not connected to this divine power then there’s a short circuit takes place, and if you go on saying this mantra you develop all the troubles of
the throat, throat cancer. You can develop also in the stomach problems, because it is Krishna and Vishnu are the same; you might develop also the problem of Virata.
(Shri Vishnumaya Puja, New York, 19/7/92)
Posted by John Noyce

can you please write treatments for lymph nodes