Abraham Lincoln (1809-1865) was an American president who successfully led his country through its greatest internal crisis, the Civil War, preserving the Union and ending slavery. 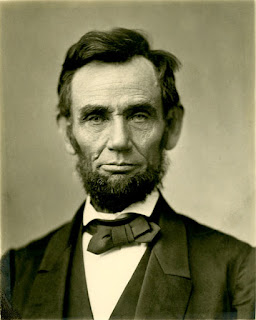 Abraham Lincoln, a man we call him very great. What was the thing about him? He was very big. Why? Because he could see that when I do not want to be enslaved, why should I have a slave? (1977-1231)

Abraham Lincoln believed that everybody must have freedom, and the government should be for the public, for the people. Whatever he talked, he practised it. Whatever he believed in, he worked it out and gave his life for it, that’s why he’s a great man. (1983-1106)

You have Abraham Lincoln. What a man! I think his blessings should work out one day in this country [USA]. A saint. What a personality. (1984-0818)

Lincoln was a realised soul, no doubt. He had his vision of democracy. But he could not fulfil it because others were not realised souls, they could not come up to his vision and they could not imbibe these things within them. They just praised him. He’s their hero. They’ll make a statue out of him, garland him, write books on him, but nothing of Abraham goes into their being, nothing. They do not follow him in the way he lived his life. They’ll call them 'ists’ or something like that. Some sort of a “ism” they’ll put to that. They will try to possess him, brand him into something, but not try to imbibe him into themselves. (1980-0901)

... this is America. What a place it is. I mean, you had great people like Abraham Lincoln, great people like him, what a man he was, you had. You have forgotten him completely, his and things, I mean, what a man is Abraham. I mean, if I read about anyone in the beginning was Abraham Lincoln, I said “Look at him”. He was a realized soul! His ideals and all that are gone off. Now it is for you to establish. (1981-0928)

When I see Abraham Lincoln I think he was a great brother to the Statue of Liberty. The way he fought for women in such pure love and without taking any money, without charging them anything, to punish the husbands who were drunkards. That’s just like a very good, powerful brother to behave. (1987-0809)

If only America had Lincoln as the President now....