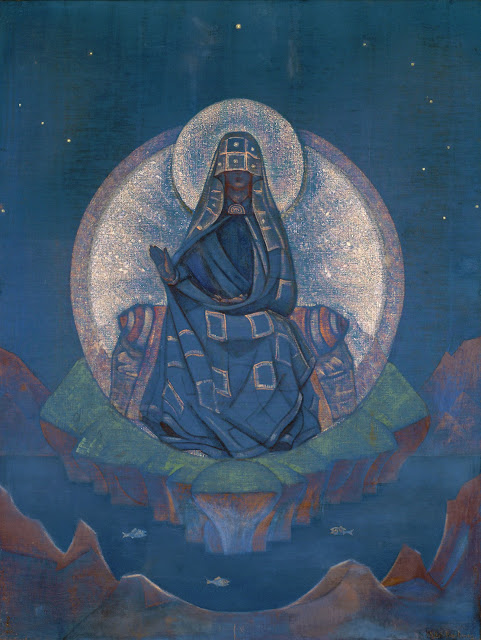 Nicholas Roerich (1874-1947) was a Russian painter, theosophist and spiritual teacher who produced paintings and frescos to the World Mother. The painting reproduced above is the first such painting, dated from 1924. Roerich commented that he had not shown the face of the World Mother as She had not yet revealed Her face.

He left Russia after the Revolution, living in New York in the 1920s. After travelling in Asia, he and his family settled in India in 1929. He gave his name to the Roerich Pact, an early international agreement on cultural property signed by members of the Pan-American Union in 1935.