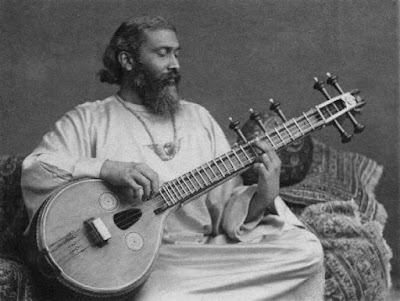 Born into a noble Indian Muslim family, Inayat Khan (1882-1927) became a Sufi in the Nizamiyya sub-branch of the Chishti order. With the encouragement of his shaykh, he left India in 1910 to go to the West, travelling first as a touring musician and then as a teacher of Sufism, visiting Europe and North America, and eventually settling in Paris.

Inayat Khan expressed the view that:

There is no line of work or study which woman in the West does not undertake and does not accomplish as well as man. Even in social and political activities, in religion, in spiritual ideas, she excels man. … I can see as clear as daylight that the hour is coming when woman will lead humanity to a higher evolution.